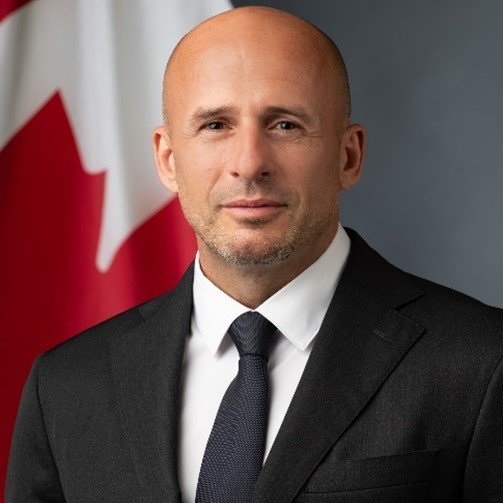 Teshome Nkrumah is the Deputy High Commissioner of Canada and the Senior Trade Commissioner to the Federal Republic of Nigeria, with responsibility for Equatorial Guinea and São Tomé and Príncipe. In this role, he leads Canada’s commercial engagement with Nigeria and is the Government of Canada’s senior representative for Lagos and Southern Nigeria.

Teshome is a seasoned diplomat and trade professional who has led high-profile trade policy and international business development files, including negotiation of federal, provincial and territorial implementation of the Canada-European Union free trade agreement, in 2017. His career at Global Affairs Canada (Canada’s foreign, trade and development ministry) has included service as the Senior Advisor to the ministry’s Africa Trade Champion, leadership of the infrastructure practice for the Canadian Trade Commissioner Service and as the Deputy Director responsible for program strategy and operations with Stabilization and Reconstruction Task Force (START) program.

Before joining Global Affairs Canada, he served as a Foreign Affairs analyst at the Treasury Board of Canada Secretariat as well as a senior program analyst with Canada’s Department of National Defence.

Teshome is passionate about environmental issues and seeks to animate broad commitment to finding innovative and effective approaches for combatting climate change and protecting the environment.

He is an avid tennis player and scuba diver; recipient of several awards including from the President of the Treasury Board and the Clerk of the Privy Council; and, he holds a BA in Law and Political Science from Carleton University and a Master’s in Public Administration from Dalhousie University.