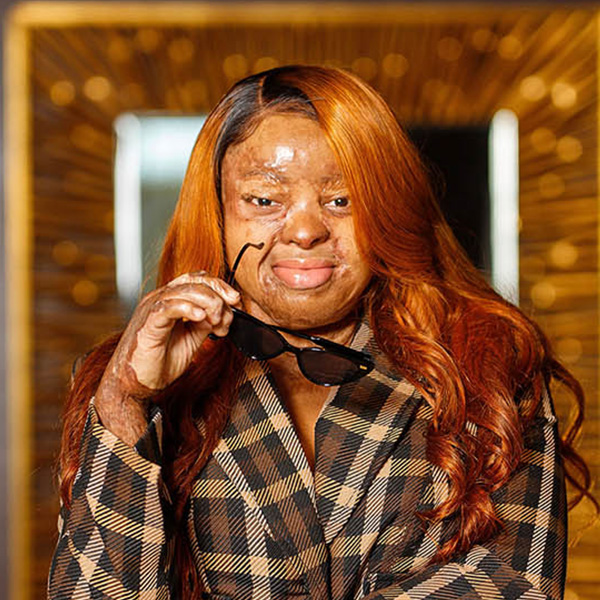 Kechi is a 30 year-old Nigerian-born writer, currently living in Houston, Texas. She is an MBA student, a bullying prevention advocate, an inspirational speaker and a self-taught singer.

Kechi found her true voice after her accident- a plane crash that took the lives of 107 of 109 passengers in Nigeria in 2005. Throughout the difficult journey of burns recovery, Kechi was sustained by her Christian faith, her family and her music. She resumed high school in 2009 and in 2015 she graduated First Class from University of St. Thomas, Houston, with a Bachelors in Economics.

Becoming a finalist on America’s Got Talent 2017 was Kechi’s truest dream realized, and on June 10th 2018, she released her debut single, “Don’t You Dare” on all digital music platforms. She became a burn survivor advocate for multiple organizations, including the hospital she herself was treated at- Shriners Burns Hospitals for Children, Galveston, TX.

In 2019, Kechi became a finalist on the premiere season of “America’s Got Talent: The Champions” through Simon Cowell’s golden buzzer. Since then, she has become an active ambassador for multiple organizations advocating for various global causes such as youth empowerment, bullying prevention advocacy, and sustainable living.

Kechi is currently working on the release of her self-titled debut album, and she is signed with Baker Publishing Group to work on the publication of her memoir.

Kechi hopes to use her voice and her story to ignite hope all over the world within those that need it.

Founding Partner, Farm from a Box