Evolve: The Future Ready You 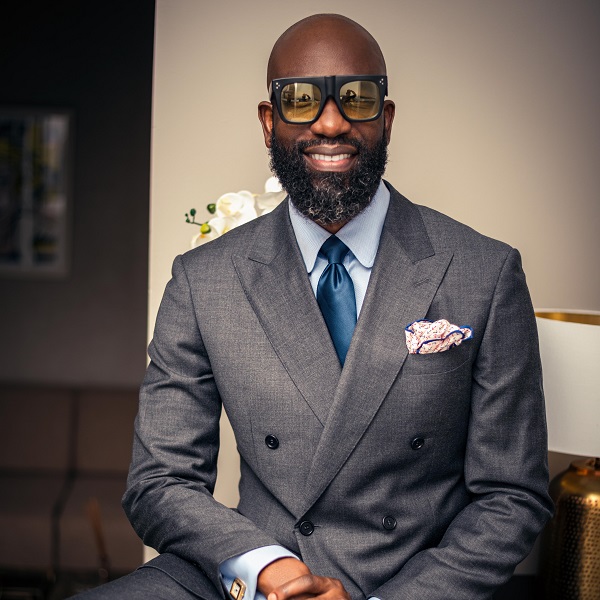 Mai Atafo is a fashion designer and bespoke tailor. The charismatic businessman is the founder and creative director of fashion brand, ATAFO, who specialise in bespoke menswear, womenswear alongside bridal and evening couture. The dynamic brand is also known for their stylish approach to traditional Nigerian wear, testament to Mai’s deep connection to his heritage and his own roots.

Mai Atafo, a fashion icon in his own right, known for his quintessential style, is the epitome of the perfect gentleman both in his dressing and his bearing. A multi-hyphenate, Mai Atafo’s skills go far beyond design, and he has experienced an illustrious career before launching his label. He worked in Market Research, Sales and distribution, Innovation, Brand marketing and Project management with British American Tobacco and Diageo. He left his role as Senior Brand Manager for Guinness at Diageo to pursue his love for fashion.

Mai also worked in various roles post his exit from Diageo, these include the role of Head of channel; Spice TV (Africa’s foremost fashion channel), Strategy director for advertising agency The Fire House and Fashion Editor Genevieve Magazine. He was Chairman of the Central Working Committee of The Future Award Africa for 6 years before taking up the leadership role in the Advisory Council.

Choosing ultimately, to pursue his love for fashion full-time and never one to do things by halves, Mai went on to gain formal training at the prestigious Instituto di Moda Burgo in Milan, Italy. Once he set up his atelier, determined to give his staff elite training, Mai brought in a master tailor from the then Savile Row Training Academy to upskill both himself and his workforce in the fine art of garment-making.

Mai is a firm believer in empowering the next generation of creatives and pays it forward where possible. He created a free fashion mentorship initiative called Fashion Conversations which gives young designers the knowledge of the fashion industry and the tools to start their own businesses. A huge supporter of the slow fashion movement and empowering African seamstresses and artisans, Mai is passionate about harnessing fashion as a vehicle for development by connecting people at every step of the fashion value chain.

Being a man who wears many hats, Mai Atafo finds time in his hectic schedule to indulge in work as a MC/Compere and voiceover artiste having done shows like 2010 Miss Nigeria Pageant alongside Agbani Darego, City People Fashion and Style Award, Face of Sleek Model Competition, Etisalat Masterbrand Re-launch, FCMB Employees Award Night , voiced a Glo advert, voice-over for Soundcity Video Music Awards live-show and most recently host the Abryanz Style and Fashion Awards in Uganda and Glitz Style Awards in Accra in 2018 and 2019 respectively.

The brands he has worked with, either in the capacity of an ambassador, spokesperson Judge or influencer include Samsung, Intel, HP, Google, Etisalat, Baileys, Chivas, Amstel Malta, Fayrouz, Heineken, Lux, Ebonylife, Vlisco, Nivea, SA Tourism to mention a few.

His high point till date is his finale walk with Naomi Campbell and speaking at Harvard Business School during the African Business Conference in 2018. Mai Atafo is married to Ede-Christine and blessed with a daughter, Aima.

AWARDS FOR BRAND AND DESIGNER

2013: Named most stylish man of the year – Vanguard Allure

2013: Menswear Designer of the Year – City People Fashion and Beauty

2013: Bridal Designer of the Year – City People Fashion and Beauty

2015: Menswear Designer of the year – Lagos Fashion and Design Week