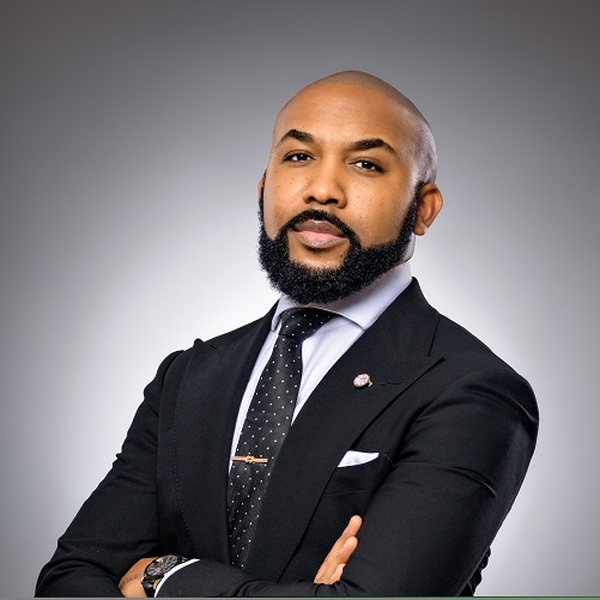 Banky Wellington is an incredibly accomplished Musician, Filmmaker, Writer, Speaker, Businessman, Politician and Philanthropist. He’s the CEO of the EME Agency, leading the company from their early years as a record label (wherein which he oversaw record-breaking, culture-changing, history-defining music from the likes of Skales, Wizkid, DJ XClusive, Banky himself and others) to their evolving into a 360 Media & Marketing Agency with a client portfolio consisting of major corporate brands such as Budweiser, Peak Milk, Standard Chartered Bank, Flutterwave and many more… and talent brands such as Ebuka, Mike Edwards, Toolz, Adesua Etomi-Wellington and several others.

He has starred in and/or co-executive produced some of the most successful films in Nollywood history (including The Wedding Party, Up North & Sugar Rush) while also being the Co-Owner/Director of one of the fastest growing Nigerian quick-service restaurant franchises, Sooyah Bistro. With 4.7 million followers on Instagram, and 3.7 million on Twitter, Banky has played a leading/ambassadorial role in several charitable and activist movements, including Enough is Enough, Teach 4 Nigeria, Back 2 School Adult Literacy Initiative, Pink Oak Cancer Trust Fund, and many more; he also serves on the leadership/teaching team of the Waterbrook Church, and spearheads the Banky Wellington Organization and the Lekki Food Bank. He continues to inspire a new generation of young people to get involved in rebuilding the nation by currently running for the Eti-Osa Federal House of Representatives seat on the platform of the People’s Democratic Party. He is married to the superstar actress Adesua Etomi-Wellington and they’re blessed with one child, Hazaiah Olusegun Wellington.